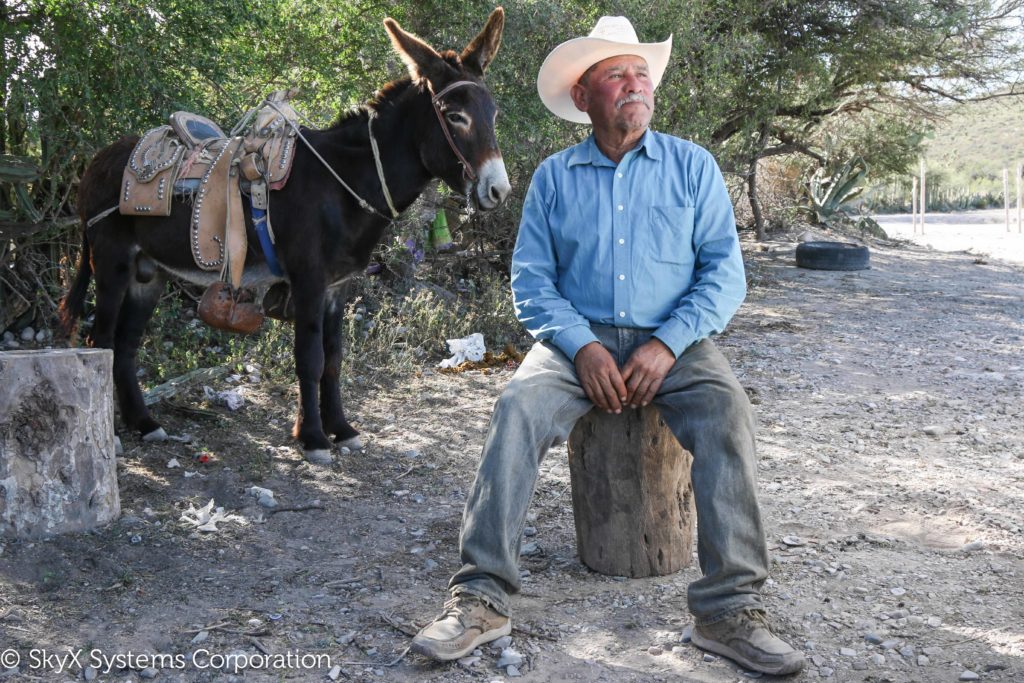 No beaches, no nightlife – but the real, authentic deal. In late November, about half of the SkyX team packed up a massive amount of gear, including two drones, and set off to Mexico. The mission? To demonstrate the SkyX technology for an oil and gas partner, who was looking for a more efficient way to monitor a long pipeline. Currently, that pipeline is monitored by people who walk the length of it, looking for any potential problems. That’s a slow, and potentially dangerous process.

The SkyX pitch? That the company could offer a more efficient, more accurate solution. 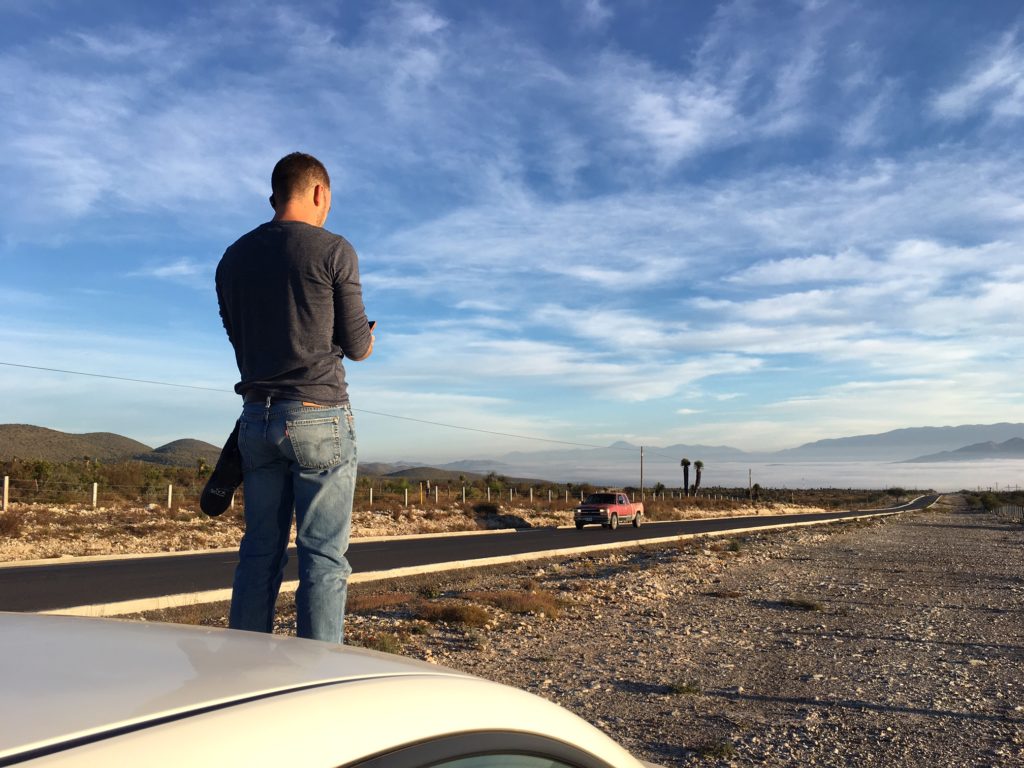 The area SkyX was flying in was exceedingly rural. The pipeline was a fair distance from the accommodations, which meant early mornings to reach our planned take-off and landing points. We split our engineers in Mexico into two teams, with one at each end of every mission. As you’ll soon learn, there was a third team doing a lot of the heavy lifting back in Canada. In fact, their role is part of what made this trip so remarkable.

The early mornings meant some breathtaking views. In the shot above, the convoy is about to head into a mist-laden valley. The sight was so awe-inspiring we stopped to grab a few shots. That’s SkyX CEO/Founder Didi Horn on the left of the photo above.

We had to take such moments when they came, because the rest of the trip was, well, *very* busy. 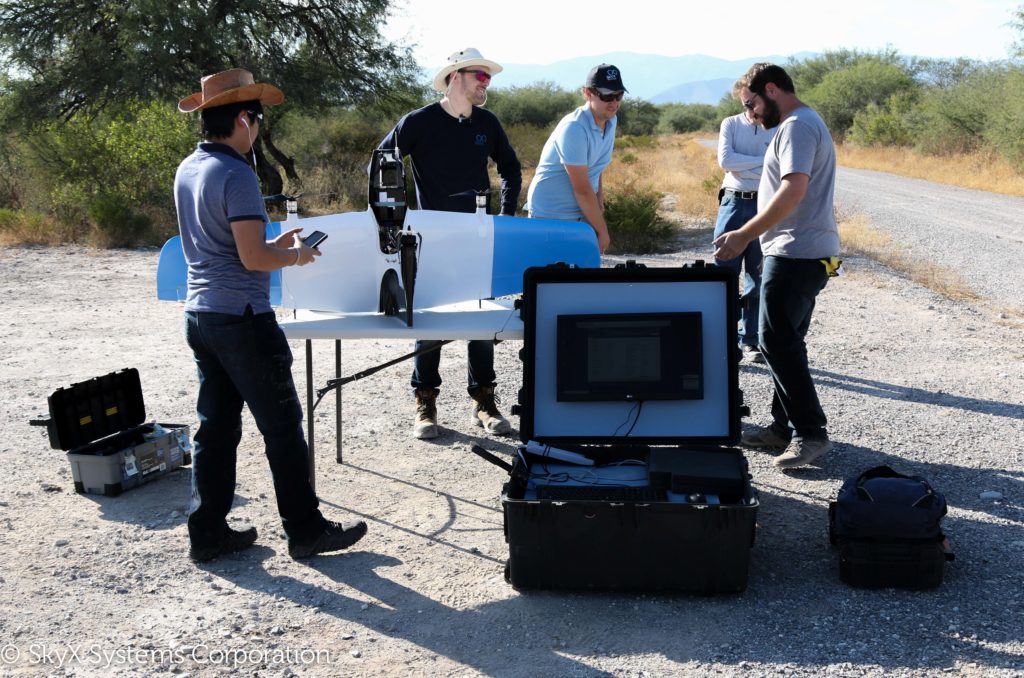 SkyX had several incremental flights over four consecutive days of flying. Every time we prepared for a mission, there was a scene similar to the one above: Engineers preparing SkyOne and double-checking all of its flight systems. The box in the foreground is kind of a mini-monitoring station, running our SkyOS and connected wirelessly with both the aircraft and the “SkyCenter” control room back at our headquarters in Markham, part of the Greater Toronto Area. 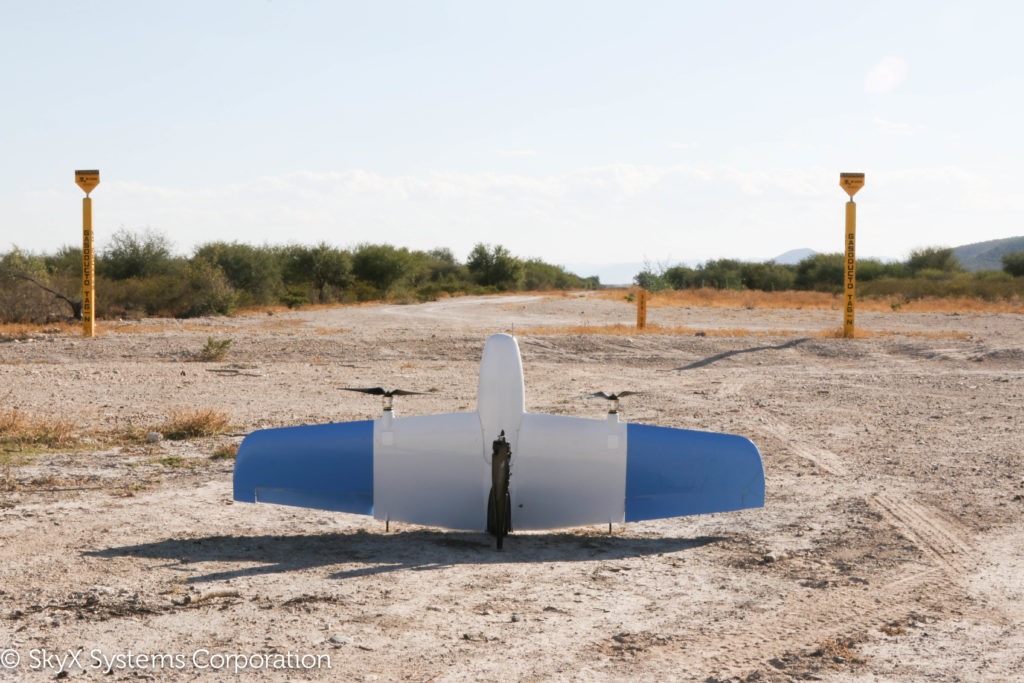 Here, SkyOne sits near the Right-Of-Way of the buried pipeline. The yellow signs indicate there’s a pipeline beneath the ground, and warn against any digging nearby. In fact, that’s one of the issues faced by oil and gas companies in Mexico: The theft of gasoline through a process known as “hot-tapping” – where criminal organizations literally dig down to the pipeline, drill a hole in it, and fill up a fuel truck before departing.

That was not the primary reason SkyX was in Mexico; our mission was more to look for any problems or anomalies that could be seen from the air – everything from unauthorized construction or digging, through to vegetation encroachment and even cracks or fissures in the ground (Mexico is quite seismically active).

Having a high-tech drone in such a rural setting made for some truly high-contrast scenes, such as the one captured below. 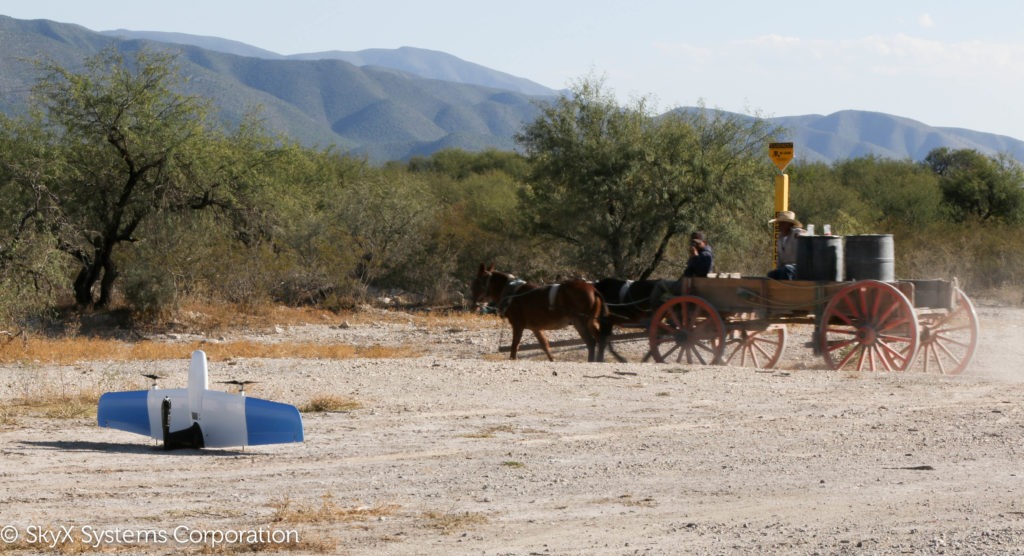 This was the first time the SkyX team had taken SkyOne abroad, and a lot was riding on a successful mission. As you can likely guess, it’s not inexpensive to move 10 people and all of that gear from the GTA to a remote part of Mexico, some 3,000 kilometres from headquarters. 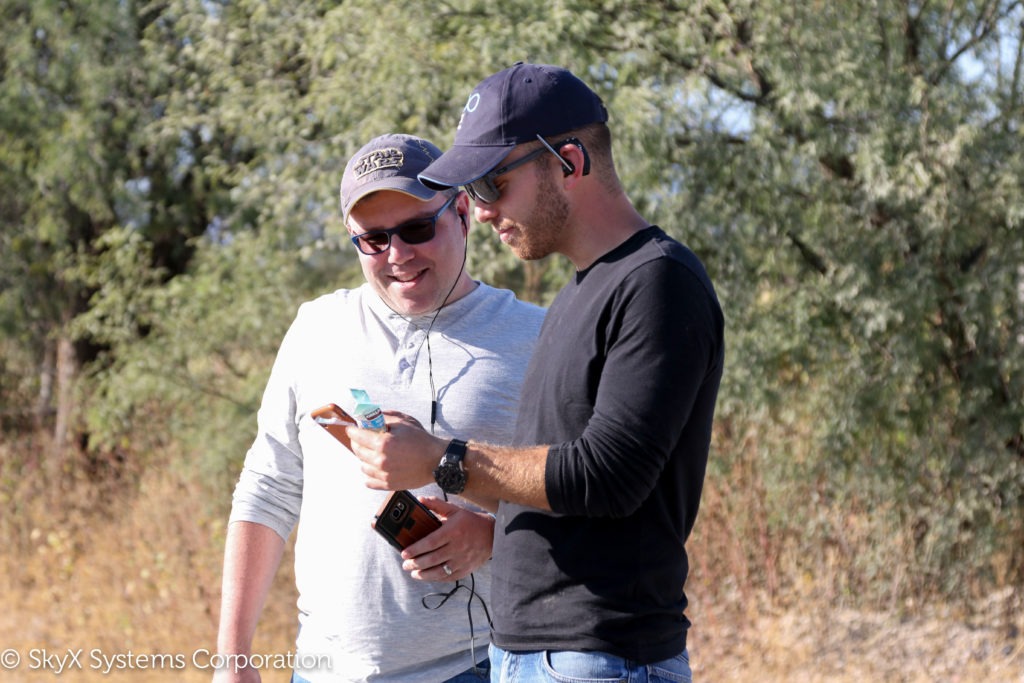 But SkyX had something to prove. CEO/Founder Didi Horn and Chief Technology Officer Jason Braverman (R-L, above) have been telling potential clients SkyOne has the ability to monitor long-range infrastructure, even in remote or rugged locations. With our special xStations for charging, SkyOne is actually capable of leapfrogging – 100 km at a time – between those units for exceedingly long-range flight.

On this trip, we didn’t take the xStations. We didn’t need them for this mission.

Still, we had a lot to prove. 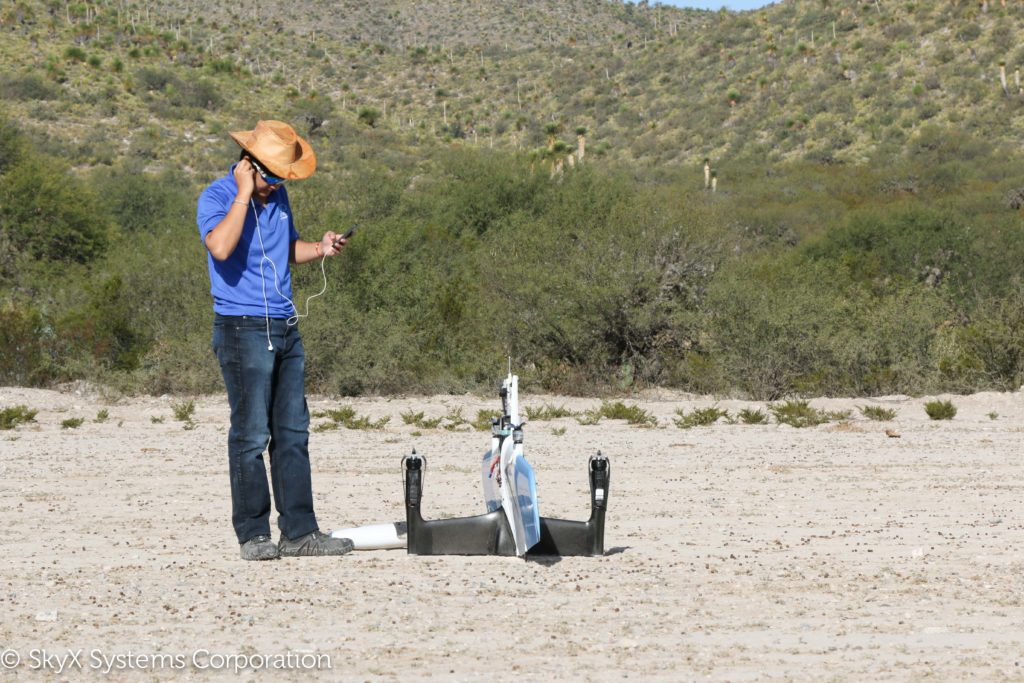 Not only did the team need to demonstrate the technology was viable, SkyX needed to prove something far more ambitious: That the mission could be programmed and controlled remotely. That’s right, the third group of people – at SkyX headquarters – was programming and operating these flights, from a room that reminds everyone who sees it of a NASA-style Mission Control. We call it the SkyCenter. That’s where our Pilot-in-Command was sitting, ready to initiate flight. (For these flights, our PIC was Tzuki Friedman, seen standing on the right).

The main SkyX-OS software, complete with its highly intuitive display, was built in-house.

In other words, the entire integrated system: The Unmanned Aerial System SkyOne, the SkyX-OS, the xStations and the SkyCenter – were all designed by the SkyX team. 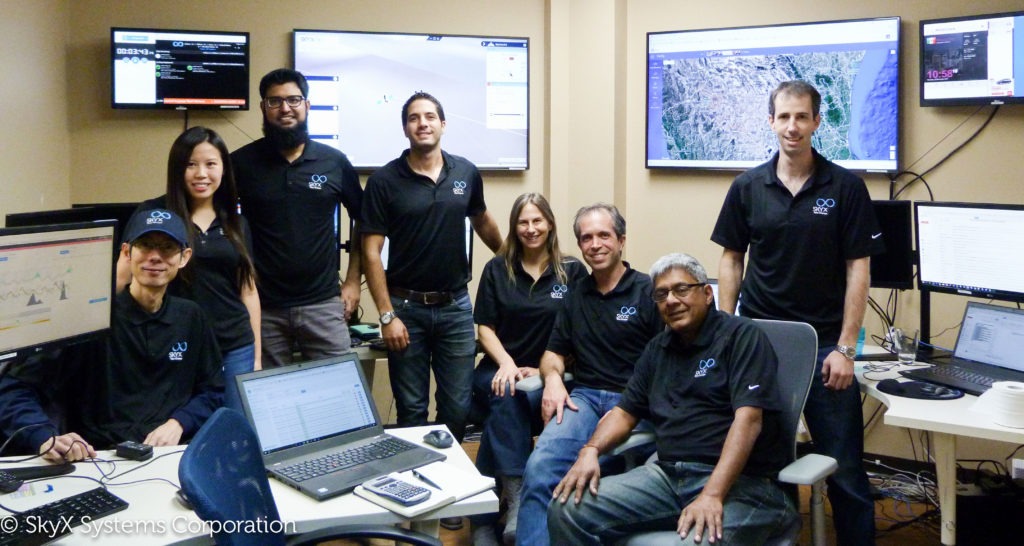 The implications of this system’s capabilities are truly quite profound.

Think of it: A client doesn’t require a trained “pilot” operating a remote control unit. Instead, the entire mission is programmed and carried out autonomously, from takeoff right through to landing. VTOL means no runways or launchers or capture devices are required. And SkyBoxes mean truly long-range flight, with the Pilot-in-Command monitoring the entire flight, real-time, remotely.

The SkyX System has a number of redundant features built in, meaning even in the event of lost communications or other possible malfunction, there’s an automatic back-up plan in place. (This actually proved useful when, on one occasion, we lost contact with the spotty telecommunications system in the area. SkyOne swiftly moved to its secondary communication system and was able to complete the mission solely with its backup communication.)

In a worst-case scenario, if the signal had not returned, SkyOne would have transitioned to multi-copter mode and landed with power to spare.

That didn’t happen. But it’s nice to know the option is there. 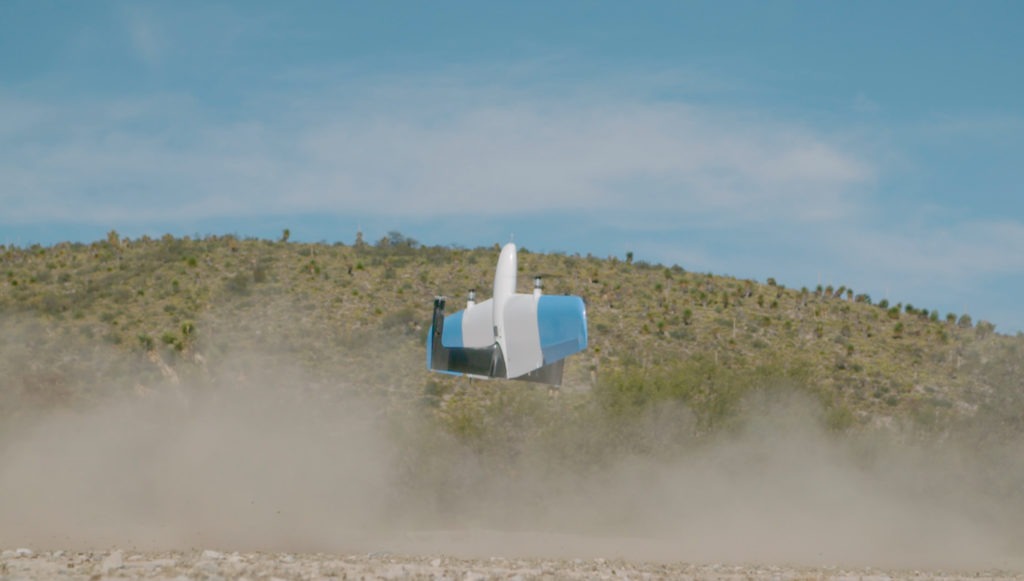 Over three days, we carried out four flights. Respectively, they covered 60, 42, 69, and 67 kilometres. SkyOne captured high-resolution data on all of those flights. But in some ways, they were each merely dress-rehearsals for what you might call The Big Enchilada: A flight on the fourth day that would take SkyOne from a major gas compressor station to a remote location 102 kilometres away.

That’s a huge distance for a VTOL aircraft on a single charge. And, we believe, one of the longest flights for a UAS in this weight class.

When the day came, a *lot* was riding on a successful flight.

Despite the tension, the team was confident. 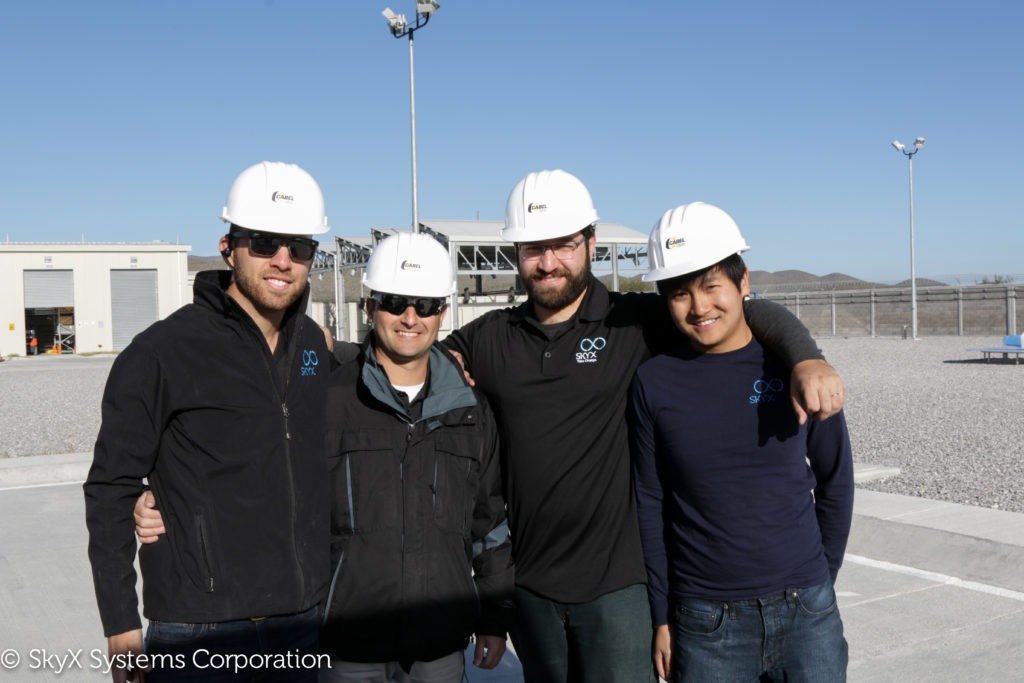 They know this system inside out. They should: They helped build it. 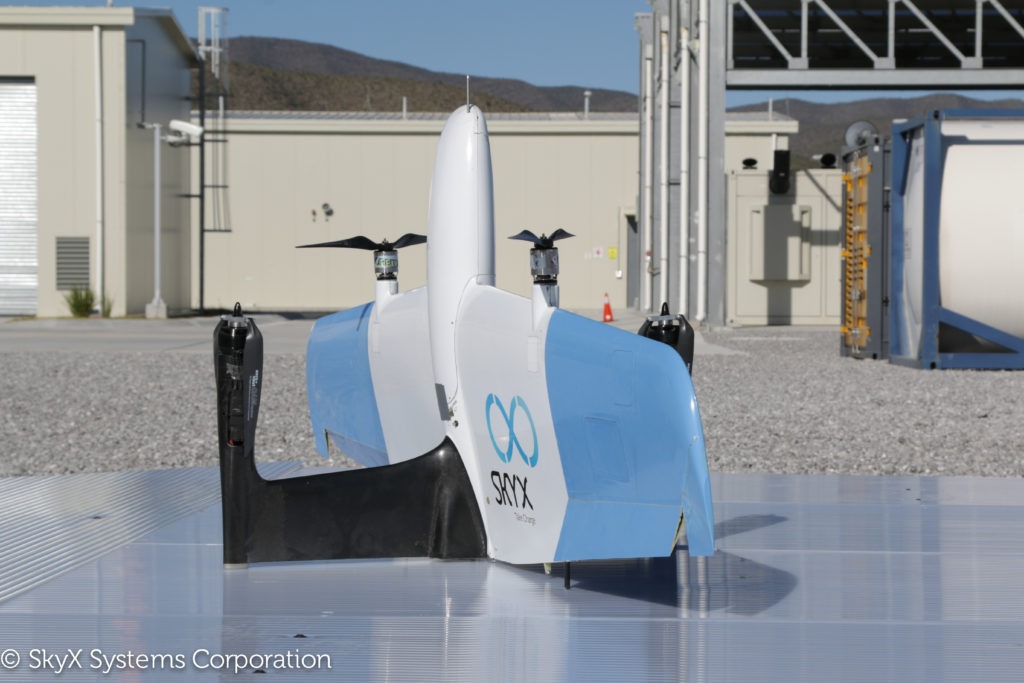 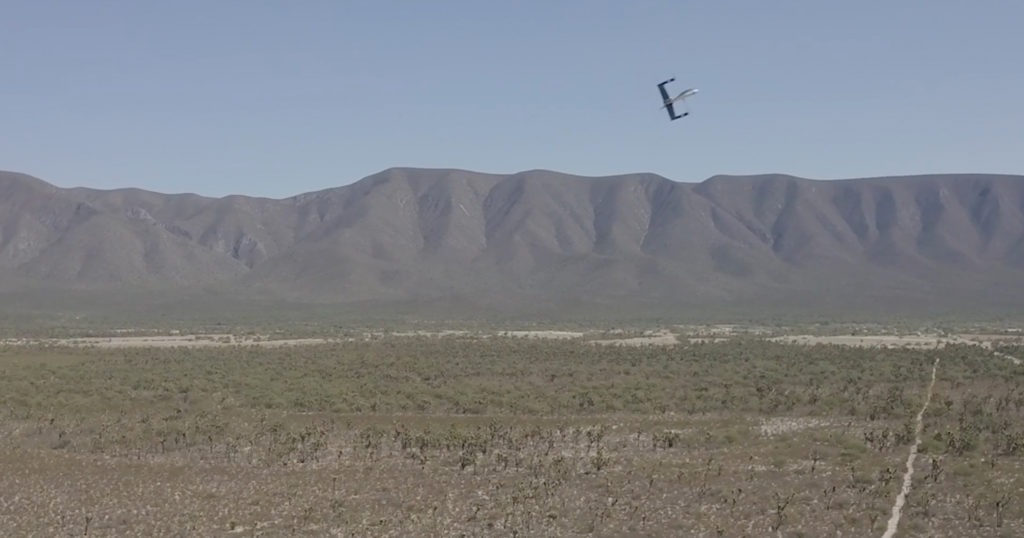 With a successful liftoff, SkyOne transitioned into forward flight and departed for its mission. Soon it was but a speck in the sky, then nothing.

However, with everyone connected via audio or watching a monitor, we were able to track every meter as SkyOne successfully passed this tremendous milestone in a little over an hour: 102 kilometres, Beyond Visual Line Of Sight, controlled from 3,000 kilometres away.

When SkyOne landed safely at the other end, a cheer went up from three separate locations: Two in Mexico, and one in Markham.

The second team in Mexico then brought SkyOne back for a photo op. That’s nine SkyX employees, plus videographer Pawel Dwulit (second from left). 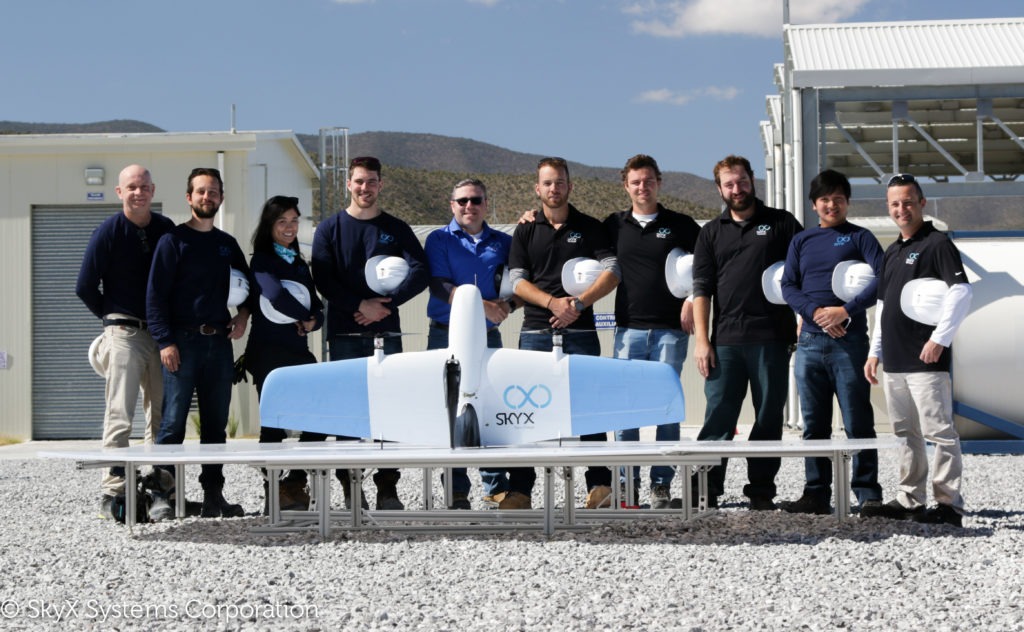 And now you know why everyone looks so happy.

The others who might soon look happy are potential investors. SkyX has opened a limited second round of investment.