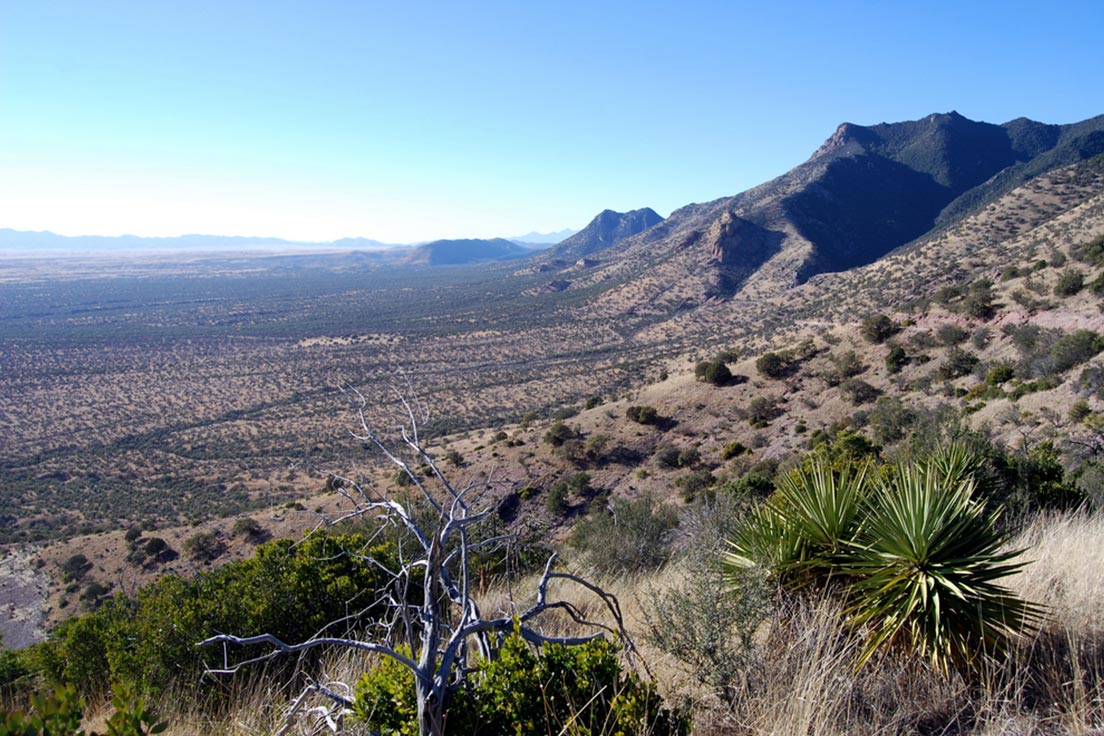 In last week’s article on UAVs for Border Patrol, we discussed how re-thinking UAV deployment with smaller, lower-cost aerial systems can greatly improve a border patrol agency’s ability to visually monitor their border from the skies. This week, we’re examining how situating this UAV technology in a greater workflow for aerial data, that incorporates AI and predictive analytics, can help you distill the immense amount of aerial border imagery into actionable data points.

While a UAV sources images of incredible resolution along your border, imagery is not data in of itself. Pinpointing signs or active instances of illegal activity requires analysis, and with thousands of images coming in at a regular cadence, what’s supposed to be a surveillance asset can quickly become a burden for your team. This is where AI comes in, taking on the analysis workload to ensure the only task left to your team is translating key insights into action.

As mentioned in last week’s article, through an open-API portal, time-stamped and geo-referenced UAV imagery can smoothly integrate with your agency’s existing data management systems – such as the Android Team Awareness Kit (ATAK). The same goes for these AI-driven insights, which ultimately expedite the data delivery process. From their phones, your agents can now receive accurate map coordinates of illegal activity, a basic summary of the suspected issue, along with high-resolution time-stamped and geo-referenced imagery of the scene.

How Does AI Hone-in On Drug Smuggling and Border Crossing?

Utilizing neural networks that mimic our brain’s visual cortex, the part that processes and makes sense of what we see, AI excels in visual perception tasks. In addition to simple object/anomaly detection, AI can leverage new and historical datasets for change detection analysis between inspections. With this capability, you can provide field agents with positive sign leads for investigation:

Every one of these anomalies – be it detection of a person crossing the border or a sensor reading that’s been verified by evidence of human traffic – are all critical points of data to your border patrol efforts. Through comparison of new and historical records, an aerial data platform can unlock predictive analytics that helps you better target deployment of personnel and resources to high-value areas along your border.

Over time, as you log and record instances of illegal border activity, a predictive model can utilize these data points to identify hotspot areas of activity:

The sheer scale of a border patrol operation means misplaced efforts come at a substantial opportunity and economic cost. Through the power of predictive analytics, you can determine where your agents and field assets – such as sensors and cameras – stand to make the greatest impact.

Get Ahead of Illegal Activity Along Your Border

With the ability to autonomously source, analyze, and report actionable data – an aerial workflow gets you the data you need to understand and tackle illegal activity along your border. Instead of operating from a reactive stance, you can utilize insights from predictive analytics to deploy field resources and personnel in a way that gets you in front of future issues. Run a smarter operation that makes far better use of your agent’s valuable time and effort, while putting agent safety at the forefront with strategic use of unmanned aerial vehicles as real-time monitoring tools in the field.