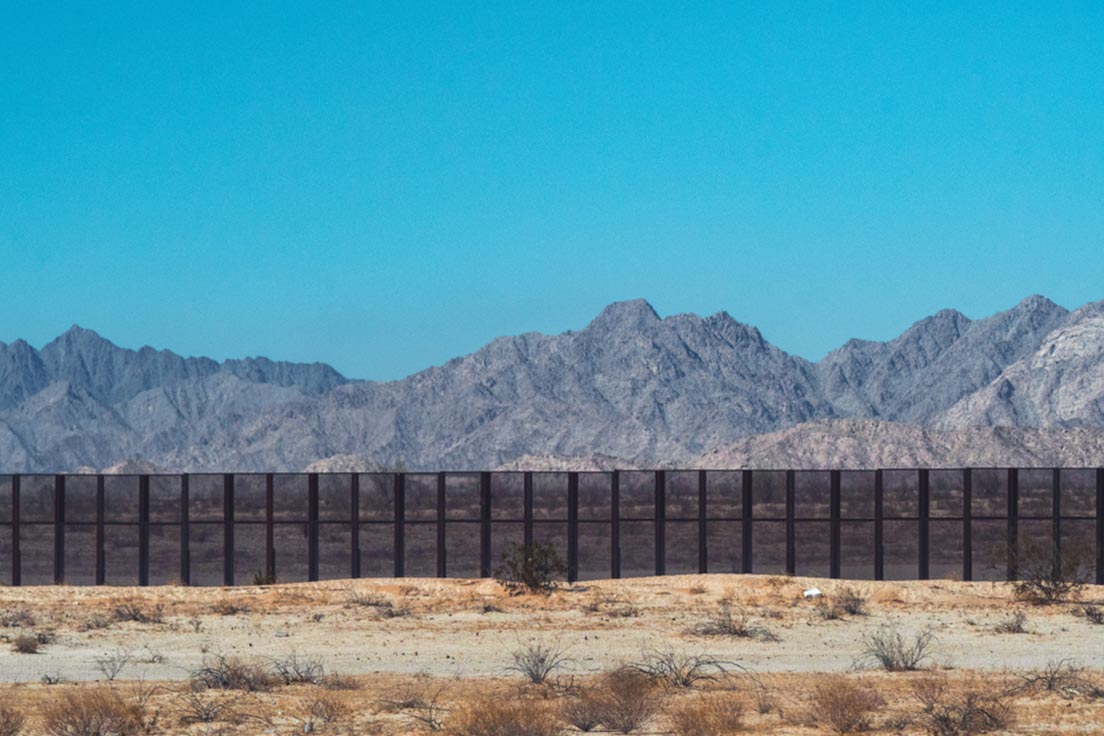 Recent evolutions in commercially-available Unmanned Aerial Vehicles (UAVs) have made them better data sourcing and agent support tools than ever before.

On the regular, agents find themselves working solo in remote locations, far from any boots-on-the-ground assistance. It’s not uncommon for a single agent to be seizing massive drug shipments or arresting dozens of people single-handedly, well away from their patrol vehicle. To put it lightly, these are high-risk situations. To aid these agents, a UAV can act as a forward set of eyes that gathers forward visual intel, or during an active arrest encounter, monitor the area to provide a centralized command with real-time awareness of the situation.

Here’s how implementing modern UAV technology can revolutionize the way you tackle illegal activity along your border.

Finding the Right UAV to Support Your Patrol Agents

To start, UAVs aren’t new to border patrol and other government agencies, but their implementation has been somewhat rocky. Historically, the United States Border Patrol have relied on data from sophisticated military-grade drones, such as the Predator, that are operated by Air and Marine forces. Thus far, these military systems have delivered somewhat mediocre results to border patrol agencies:

A study of CBP’s Predator drone usage from 2013-2016 reveals rather shocking figures. These military-grade systems took a grand total of approximately $255 million to operate, while accounting for fewer than 8,000 of 1.7 million apprehensions during this time1.1

Smaller, lower-cost aerial systems that are capable of autonomous monitoring of large areas and real-time data updates to ground teams exist today. In the context of long-term surveillance of your border, these UAVS gather the ultra-consistent visual data necessary to fuel better strategic insight.

The Bridge Between Field Sensors and Agent Response

Monitoring remote and rugged locations on a country-wide scale is a daily challenge for border patrol agencies. In the pursuit of effective coverage, many agencies install sensors along the border that measure seismic, acoustic, or motion activity. Unfortunately, alerts can be vague, and there’s no way to know whether you’re dealing with an animal, a faulty sensor trip, or an actionable event – unless you send someone out to verify. Where agents spend time, you spend money, and a multi-hour trip to respond to a sensor alert with no result is a waste of both.

Instead, you can automatically dispatch a UAV to respond to these readings. With ultra-high-resolution imagery of the area, that contains detail down to the inch, your expert staff can review the images for evidence of human activity such as footprints, discarded trash, bits of clothing, or disturbed earth or vegetation from a large group. If there appears to be something actionable, you can dispatch an agent with a positive sign lead. An unmanned aerial system can drastically reduce the turnaround time of a sensor response while ensuring you’re using your field agents’ time on only the most actionable events.

With a highly-autonomous UAVs, this technology can become a means through which you can effectively monitor the entirety of your border – getting eyes on key areas in a faster way, at a lower cost. Autonomous UAVs can routinely monitor vast segments of your border with little need for direct human control, while ground station infrastructure for take-off, land, and recharge allows for remote hands-off deployment.

Through open-API integration, UAV-sourced imagery can become a seamless part of the systems border patrol agencies use in their day-to-day operations. Time-stamped and geo-referenced imagery can quickly port into applications such as the Android Tactical Awareness Kits that are used to geospatially display data to agents and command.

Keep in mind, the value of a UAV extends beyond land-based borders as they can also play a vital role in coastal monitoring.

There’s one caveat to all this however, and that’s that images aren’t data in of themselves. They require analysis to pinpoint the actionable pieces of data. Thankfully, the technology exists to help you automate much of this process.

Historically, data can be a double-edged sword. When you have lots of data pouring in but lack the means to determine its meaning or importance, it can become a burden for your team. UAVs do the heavy lifting of data sourcing, but Artificial Intelligence (AI) can handle the analysis. Ultimately, your team’s workload can be streamlined to leveraging key insights and reports into meaningful action.

Using neural networks for visual perception, AI can scour through UAV imagery to identify and categorize:

A platform for aerial data that merges these technologies, becomes a means through which you truly automate surveillance of the entirety of your border. Autonomous UAVs can routinely and remotely monitor vast border segments, while Artificial Intelligence (AI) can refine the visuals into actionable data.

With time, an aerial data platform can leverage the resultant critical data points from routine patrols and incident reports to unlock:

Check into our blog next week for Part 2 of this article, to learn how AI can pinpoint illegal activity along your border, and how to use these insights for smarter field asset and agent management.